A Legacy of Success

The history of Solution Net Systems, Inc. spans over four decades, and across the globe. It all began in 1971 with Accu-Sort Systems, a Pennsylvania-based company and leading manufacturer and marketer of stationary scanners.

Over the years, the company would grow to include sortation systems, barcode systems for a host of industries, and automation software. They even expanded worldwide, eventually opening additional offices in Mumbai, India, and Shanghai, China.

Around that same time, but on the other side of the world, a small and then-relatively unknown business was being born. In 1972, Datalogic was humbly established in a room in the rectory of Quarto Inferiore parish in Bologna, Italy.

While the company initially centered around the production of electronic devices, the direction soon pivoted to designing and manufacturing photoelectric sensors for the textile, packaging, and ceramic industries. In less than six years, Datalogic would open its first commercial company in America, and would years later be listed on the Milan stock exchange.

Although these two organizations had two separate trajectories, their paths would soon cross, leading to a drastic and revolutionary change in the industry of automated identification systems.

The Acquisition that Revolutionized Industrial Automation

In 2012, Datalogic successfully acquired Accu-Sort Systems. This not only doubled the presence of Datalogic in the industrial automation market, but it also combined the strengths of these two world-class providers of automated solutions. As a unified company with a singular mission, this single entity created an industry-leading portfolio of technologies and solutions, and enjoyed the synergy and collaboration of their respective teams of skilled professionals. 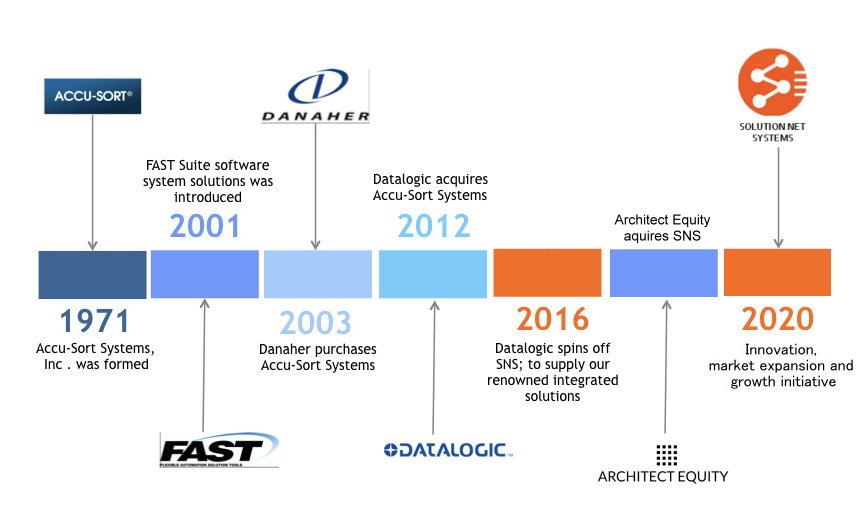 A New Company is Born

After their successful acquisition of Accu-Sort Systems, Datalogic went on to expand into others sectors, such as RFID technology. However, they remained a global leader in industrial automation. Then in 2016, Datalogic set up a new company in Quakertown, PA—named Solution Net Systems, Inc.—to supply their renowned integrated solutions of automatic distribution for industries like postal and retail.

In August of 2020, Architect Equity – a private equity firm that supports company growth and development – acquired Solution Net Systems, Inc and partnered with Datalogic to drive global business forward.  Solution Net Systems has a proven history of best in class automation and integration solutions for the supply chain industry.

The history of Solution Net Systems, Inc. has been one of providing customized automated integration logistic solutions for customers. We understand that regardless of your industry, it’s a dynamic one, perpetually changing and evolving. And for over four decades, we’ve developed software, hardware, and logistics—all working together seamlessly—to streamline your business and increase productivity. 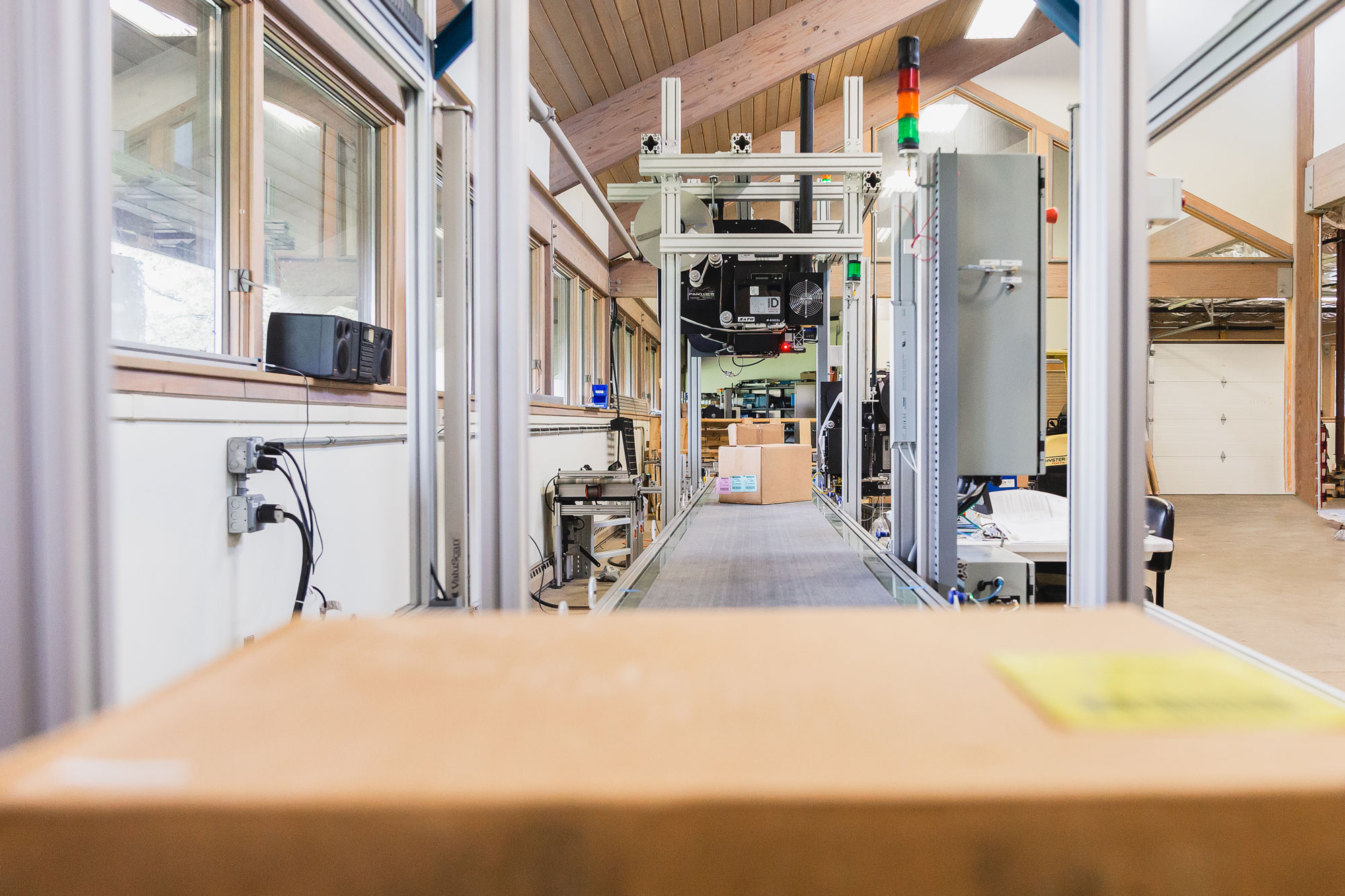